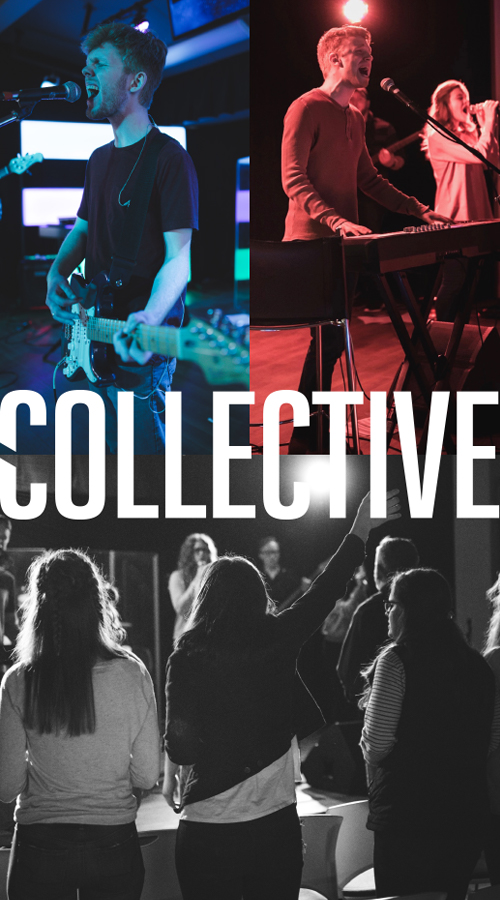 This fall the young adults that make up the band of Grace’s Collective College Ministry are excited to release their first EP titled “Faithful.”

The project was born out a passion to contribute to this spring’s financial campaign All In/All Out. Josiah and Zach, two of the leaders of this growing team, shared, “We didn’t have a lot of money to give, but we did have a lot of cool ideas.” Wanting to do something, the team decided to put their creative energy into a recording project that they hoped could draw awareness and raise money for the RESTORE facility. “The whole band is really proud of this, and that’s a really big deal.”

Passionate about songwriting and recording, the team has been writing songs off and on for the past year, but needed a vision to unite around besides getting listens or profits. “We knew we wanted to make a worship project, and I think that the All In/All Out vision inspired us to put it all together. It’s served as a common vision for everyone.”

Out of this vision the title track, Faithful, began to take shape as the main concept of the album. “The idea that no matter where we’re at, internally or externally, that God is faithful and that God’s unchanging nature means that He doesn’t stop loving us, even when we change to be unlovable was a huge idea for us.”

You can hear the first two singles, Take My Life and Faithful now on iTunes, Spotify, and Google Play.

The full 5 song EP is slated to release in October, followed by a release party and worship night for the whole church on October 24th.

Check out Collective every week this fall on Thursday’s at 7pm.

Merge is our high school ministry that is aimed at reaching 9th-12th graders in the greater Akron area. We have weekly services that are fun and engaging but that also challenge students on a spiritual level.

Throughout the year we offer retreats, a summer conference, life groups, and mission trips. Our desire is to create atmospheres where students feel like they belong, they have purpose, and can explore who God has created them to be.

WEDNESDAY AT 7PM IN THE GHENT AUDITORIUM

God calls us to live out our lives the way Jesus did. Once we know how Jesus lived, we can begin to imitate his life. We do this best as we share life together in community. Student Life Groups are a great way for you to really get to know other students at Grace. These small, relaxed groups are designed to be a place you can feel safe to discuss real life issues that we all probably have faced.

Sunday from 5:30pm – 7pm
at the Student Center at Ghent

OHIO
BARBERTON
COUNTY LINE
MEDINA EAST
BATH
ELLET
NORTON
GEORGIA
TOWN CENTER
NE ATLANTA
KNOW IT
LIVE IT
GIVE IT AWAY
POWER KIDS
STUDENTS
COLLEGE
We hope you’ll find that Grace is somewhere that you can feel comfortable to explore faith, ask questions, grow spiritually, and connect with others. And most importantly, of course, we hope you connect with God!
Learn More
DISCOVERY
GROUPS
SERVE